Over the next few months we will be featuring some of our favorite projects in 30 years at MEGCOMM.  Many will be the old square-looking format 4×3 in standard definition and will look dated in terms of picture quality when compared to our digital cinema cameras today.   Our first is a Toto™ Toilet TV spot for Eastern Pennsylvania Supply Company (EPSCO), produced in collaboration with Mojave Creative of Mountaintop, PA.

Mojave Creative came to MEGCOMM with a concept to produce a commercial demonstrating the product’s flushing power.   In the spot, a child is flushing things down the toilet that should never get anywhere near a toilet.  Car keys, Dad’s wallet, a cell phone were all victims.  Mojave wanted a video shot from directly over the toilet so items could be dropped and flushed while the child leaned into the frame. We loved that idea, but had another to supplement the spot.

We suggested putting the video camera underwater looking up at the child as he dropped items into the bowl.  Then we could see his face as he dropped them into the lens, a dramatic “how’d they do that” angle.  Mojave loved the idea.  We had a plastic aquarium fabricated that was large enough to mount a toilet seat on it.  Then we elevated the tank and put the video camera under the aquarium facing up through the water.  This elevated the seat to the point where we needed a platform for the child to stand on so he could look over the rim of the seat before dropping the item in.  This became complicated when we realized the up angle of the camera would also see past the child and photograph our studio ceiling which looked nothing like a bathroom ceiling and was 18 feet overhead.  We resolved this challenge by painting a 4×8 foot sheet of foam core with textured paint and mounting it over the child’s head in an approximation of 8 feet.

Then, using aquarium jets mounted out of frame and pointing in opposite directions we were able to simulate the initial swirling action of a flush.  When the child dropped the item we immediately turned on the jets to get the water action going.  It worked flawlessly.

The above angle challenge.

But the overhead video shot also presented a challenge.  We were shooting in our 30 x 30 studio and needed to flush during the top angle as well.  We solved that by mounting an actual Toto™ toilet on a riser that we had cut a hole in for the water flow out upon flushing.  We placed a catch basin under the riser, which was tiled of course, so water would simply flow into the basin when the child flushed.  We then poured the water from the basin back into the toilet’s tank for repeated “takes” of that particular shot.

By cutting back and forth between the overhead and underwater shots we were able to perfectly simulate this action to the absolute delight of both Mojave Creative and EPSCO.

It is one of our favorite commercials out of many over 30 years and we were very blessed to have such a challenging opportunity presented in a local/regional market.

When the spot aired there was some negative feedback that there was a suggestion the child had flushed the family dog. We quickly addressed that by adding a barking sound effect at the end, indicating the dog was fine.

MEGCOMM Films is an Award-Winning corporate video, non-profit and television commercial production company serving the entire northeast.  We specialize in telling stories that help companies grow their brand, raise capital and inform and educate their workforce and customers. 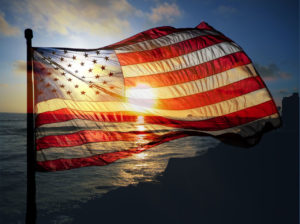